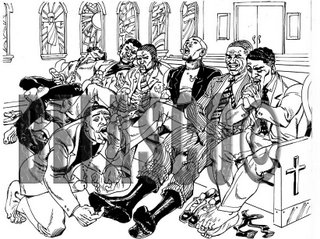 This past Friday was the birthday of a special friend of mine, Chris D. I met him about six years at the NY Tom of Finland Erotic Art Show (I'm sorry, but the New York art fair is the bomb, while the Los Angeles one tends to just bomb. Joking...but the NY fans are definitely more enthusiastic! ). Anywho, I was there peddling my wares and up comes this fine, older gentleman built like an eighteen-wheeler full of brick shit houses and says he's always admired my work! I immediately recognize him as the first black Mr. America! The very same Mr. America I used to whack off to in the Muscle and Fitness books I kept under my bed before I discovered Black Inches...actually back then we didn't even have Black Inches (yes, twinks, there was a time when there wasn't a Black Inches..or cel phones for that matter!)...We were lucky to get a black centerfold once a year in Advocate Male...But I digress, I met Mr. America at that fair and we've been friends ever since. And let me tell you, he's from an era where they knew how to party! So he's one kinky dude...I only hope to be mackin' the way he is at his age and looking as good! Anyway, this is a fairly tame story I did in honor of our friendship sans dialogue. He wants me to add it and I want him to write it for me since there's nothing like an authentic voice in these things...that, and I'm the laziest s.o.b. on two legs...Anyway, here's to you, Chris D! Mmmmmwaaaah! 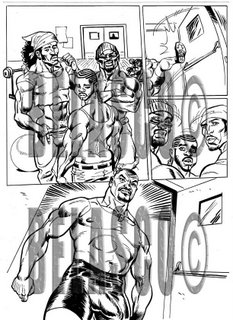 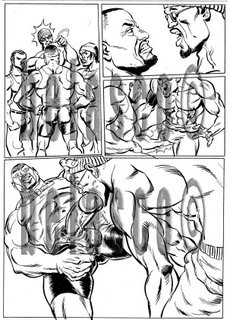 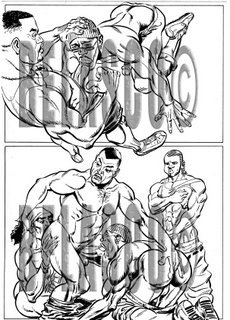 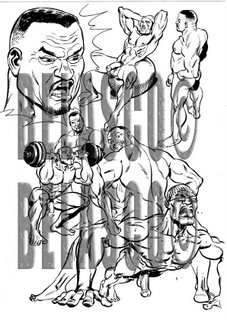 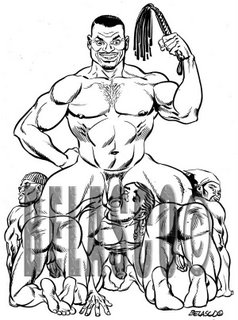 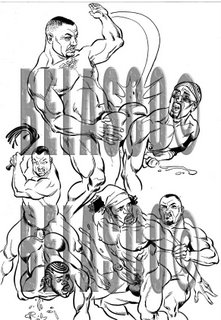 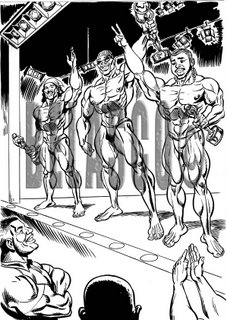